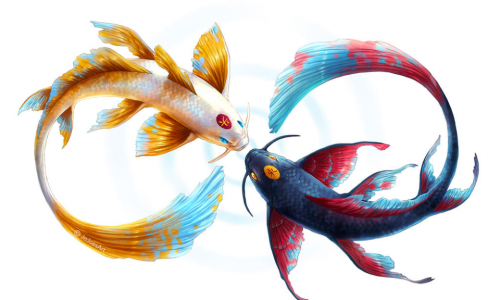 The digit 8 is a mathematical symbol of the eight winds and directions of the world: four major and four intermediate (southeast, southwest, northeast, northwest). The so formed octagon – the wind rose (“the eight winds”) represents an expression of universality.

The number of the octave (7 + 1 = 8). In sequence of the digit 7 – the perfect number means a new beginning, restoration of the lost, resumption, revival, and transition to a new cycle or level.

By doubling the fours (4 + 4 = 8) symbolizing the earthly world is meant the combination of Heaven and Earth or the world existing among them, the integrity, the fullness of cosmic manifestation is embodied. At human level it can be a symbol of divine spirituality or genius. In graphical form, this symbol is marked with an octagon and the depicting of a square on the angel.

Considered as the first cubic number (2 × 2 × 2 = 8), it embodies the Earth, its volume, its three-dimensionality and the perfection of the six walls of the cube.

The digit “8” – this is the number of the newly acquired Paradise, as well as the renewal, recovery and happiness. On the eighth day came the new, perfect man. After seven days of fasting and repentance on the eighth: spiritual renewal occurs.

In the Sumerian Semitic tradition, eight is the magic number of Heaven.

In Greece, the digit eight was dedicated to Dionysus, as well as the eighth month of the year, to Hermes.

The Pythagoreans it is known as the Great Tetraktis. It means three-dimensionality and stability, also a symbol of love and friendship, prudence and meditation. According to Plato, the light pillar of the sky is surrounded by eight spheres of different colors.

In the Buddhism, the Eight is fullness, a set of all possibilities. Eight symbols of the good portent.

With the Chinese – it means the whole, all the possibilities in the manifest form, luck. Ba-gua – these are eight trigrams and pairs of opposites, usually arranged in a circle symbolizing time and space. The Eight joys of Human Existence.

In Iran, the priests of Zoroastrianism belonged to eight families.

In Egypt, the eight-signing, as a symbolic cosmological concept, played a significant role in the cosmological notions of the Hermopolis Priesthood. That’s Tot’s number.

For the Jews, this is the number of the Lord, because the temple was sanctified for eight days.

In Christianity, since the number 8 follows the symbolically “full” perfect digit seven, it serves as a symbol of a new cycle, renewal, resurrection. The eight is considered the number of the resurrection of the Lord, because it happened on the eighth day after the entering of Christ into Jerusalem. Often the resurrection of Jesus Christ is perceived as “the eighth day of creation” and the beginning of eternity. According to Clement of Alexandria, Christ marks the figure of eight the one that he resurrects. In this context, digit 8 is seen as an unifying  (sum) of the conditions necessary for the birth of a new life: the body – the digit 4, the soul – the digit 3 and the divine Spirit – the digit 1.

Because of this, a large number of octagonal elements (both in the construction and the decoration) are found in the temple architecture. Most baptisteries and domes have the shape of an octagon, as a place for the birth of a new life.

The eight-segment windows of the Gothic cathedrals and the octagonal bases of the domes also have the meaning of a sign of meeting and uniting the earthly and heavenly worlds as well as of the presentation to God. Moreover, in the Christian symbolism are known: eight angels bearing the celestial throne, eight orders of bliss, numerous crosses with eight peaks (for example, Maltese).

The octahedral star or Bethlehem is a symbol of the birth of Christ. Over the centuries, the number of rays has changed until it finally reached eight. It is also called the Starof the Virgin.

In Hinduism 8×8 means the order of the heavenly world found on earth. The structure of the temples reproduces the mandala, which is characterized by the same symbolism: 8×8. There are eight zones in the world, eight suns, eight parts of the day and eight chakras.

The Islamic throne of the ruler of the world is supported by eight angels corresponding to the eight strands and the eight groups of Arabic alphabet letters.
For the Japanese, eight means “many.” For example, in 1932, an octagonal building was built in the city of Hiroshima, where the statues of the eight wise men of the world (Buddha, Confucius, Socrates, Jesus, etc.) were placed as a symbol of countless forms of wisdom, “ruling the spiritual effort and search “.

The horizontally inverted digit eight turns into a symbol of infinity – this is the stylized image of the serpent Uroboros, which bits its tail. The most frequent interpretation describes it as a representation of eternity and infinity, and in particular the cyclical nature of life: alternation of creation and destruction, life and death, constant rebirth, and doom.

The Uroboros symbol has a rich history of use in religion, magic, alchemy, mythology, and psychology. This symbol is believed to have originated in the western culture of ancient Egypt where the first images of a serpent shaping a ring date from the period between 1600 and 1100 BC. They represent eternity and the universe, as well as the cycle of death and reincarnation. A number of historians believe that it was from Egypt that the symbol “Uroboros” migrated to Ancient Greece, where it was used to symbolize processes that have no beginning or end.

The interest in Uroboros has been preserved for many centuries – in particular, it plays an important role in the Gnostic teachings, symbolizing the transformation of elements into the philosophic stone needed to transform the metals into gold, and also embodying chaos in the mythological sense of the term.

The further study of this archetype finds the truest reflection in the work of Jungian psychoanalyst Erich Neumann, who identifies Uroboros as an early stage in personality development.

The German chemist Friedrich August Kekule (1829-1896) argues that the Uroboros-shaped ring of his dreams inspires him to discover the cyclic formula of benzene.

The seal of the International Theosophical Society, founded by Elena Blavatska, is in the form of crowned Uroboros, in the interior of which there are other symbols: hexagonal star, ankh and swastika. The image of Uroboros is used by the Masonic Grand Lodges as one of the main distinguishing symbols. The basic idea behind using this symbol is the eternity and continuity of the organization’s existence. Uroboros can be seen on the coat of arms seal of the Great East of France and the United Grand Lodge of Russia.

The motif of a ring-shaped snake is often found in tattoos, as well as in drawings that mimic different nodes and are usually associated with Celtic art. By the way, the Uroboros symbol is used in the architecture for decorating the floors and facades of the buildings.

The image of a ring-shaped snake can be found on modern Tarot cards, the ubiquitous imagery card of Uroboros means infinity.

The mathematical symbol of infinity was created in 1655 by mathematician John Wallis and was called “lemnicus” (the Latin band) by mathematician Bernuli, some forty years later. The infinity symbol is patented after inventing a device known as the “Mebius strip” – a band of paper whose edges are connected and curved to form two spatial surfaces.