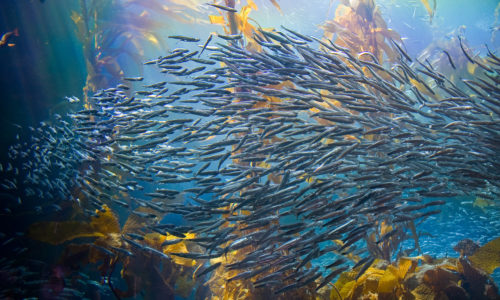 The oldest plants of our planet that managed to survive all natural disasters are algae. In the process of evolution remained the strongest representatives of this class, namely Laminaria (in English Kelp, in Latin Laminaria) perhaps, the most in-demand among its class. Laminaria usually is used in cooking, cosmetology, medicine. In daily use, it is called a sea kale, although outwardly it does not look much like a familiar vegetable. Long, up to 12 meters, greenishbrown ribbons of laminaria form the whole thickets in turbulent coastal waters of the Northern Hemisphere. From time immemorial, it has been used in the nutrition and medicine of peoples, living near the seas and oceans. The ancient healers believed laminaria rejuvenates and prolongs life. Today, the unique properties of this alga are confirmed by numerous studies. So what is the reason for such popularity?

The history of Laminaria application

The residents of the northern coastal countries like Japan, Korea and China have long been used sea kale as a medicinal crop. According to the ancient Sumerian legend, the king of Sumerians, Gilgamesh, tried to find under the water a healing herb of immortality more than 5 thousand years ago. At the end of his life, he found it, but could not save it for posterity. Subsequently, this legend continued. The Chinese doctor Sun Simiao in the VII century in his fundamental work “Thousand golden prescriptions” recommended treating goiter with laminaria.

The Emperor Kangxi of the Manchuria province dynasty was concerned about the growth of a significant number of patients with goiter in the Manchu province. Kangxi, according to the recommendations of Chinese doctors, commanded every resident of the province to consume annually 5 pounds of sea kale. To fulfill this order, its delivery was organized at the expense of the state even to the remotest areas of the Chinese Empire. Laminaria was imported to some areas of Turkestan, where local doctors “hakimi” treated goiter with her. 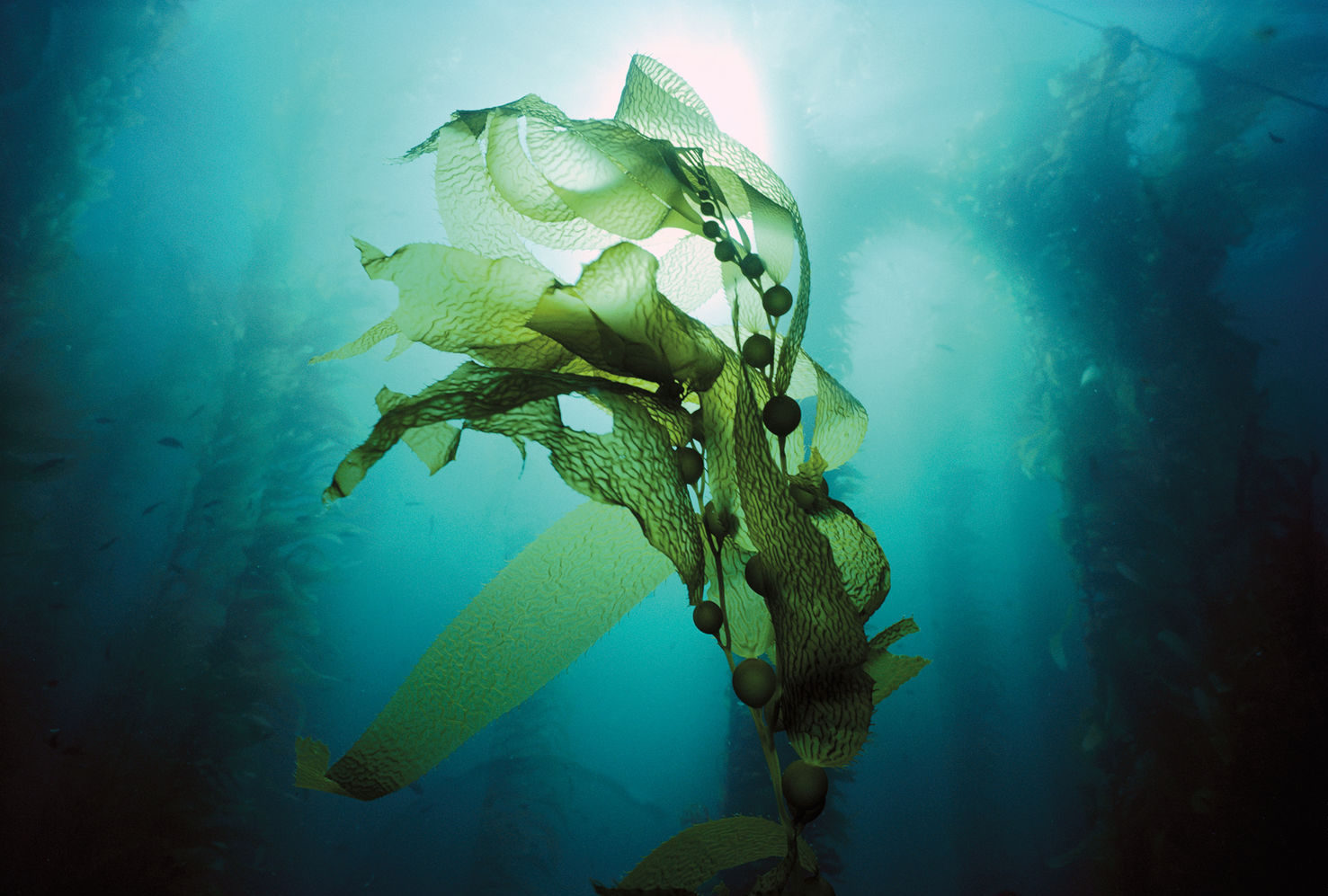 The ancient doctors of Polynesia used medicines made from Saccharina latissimi (sugar kelp) in the treatment of bowel diseases. While residents of the coastal Pacific regions of South America used infusions and decoctions of luminaria digitata for the treatment of thyroid gland. Since the XII century in the coastal countries – France, Ireland, Norway, Scotland – for the treatment and prevention of goiter people used a sea kale. However, humanity learned about the active substances of kelp in the beginning of the 19-th century only, when the French chemist Bernard Courtois for the first time found iodine in seaweed and isolated it.

Thanks to this discovery in Japan iodine is obtained from seaweed to this day. Laminaria is the first marine plant that people began to eat. Dishes from kelp were known to the ancient Romans and the British. 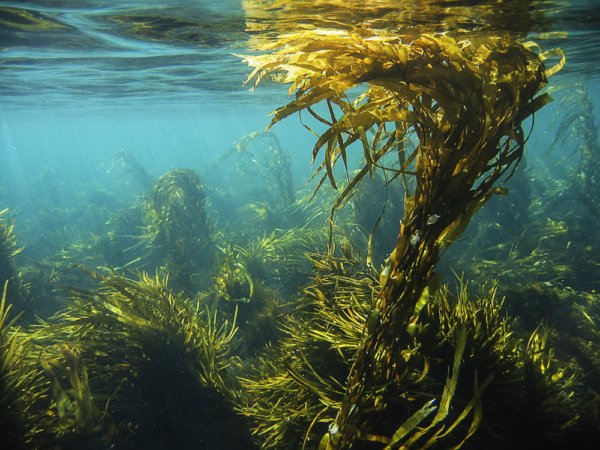 Today, sea kale can be seen almost daily at a dinner table in the coastal regions of Europe (Ireland, Scotland) and South-East Asia. In Japan, there are more than 300 names of dishes from sea kale. The number of dishes with kelp can only be compared to dishes with potatoes. The dry sea kale “kobu” is an important object of Japan’s exports. By the way the word “kobu” means “to rejoice”, “to have fun”.

Who and how produces laminaria

The leading countries for the cultivation of brown algae are undoubtedly Japan, China, South and North Korea. In these countries, kelp is grown on an industrial scale with application of various types of reclamation works. The first experiments on the cultivation of Japanese kelp, accidentally recorded in the 1920s in the Yellow Sea, were started in China. Currently, more than 1.4 million tons of sea kale are produced annually from plantations in China. Since 1962, kelp has been cultivated very successfully in North Korea. Recently, kelp has also begun to be intensively cultivated in Japan, where until 1970 it was primarily extracted from natural thickets. Currently, the primogeniture in the production and processing of sea kale belongs to Japan. 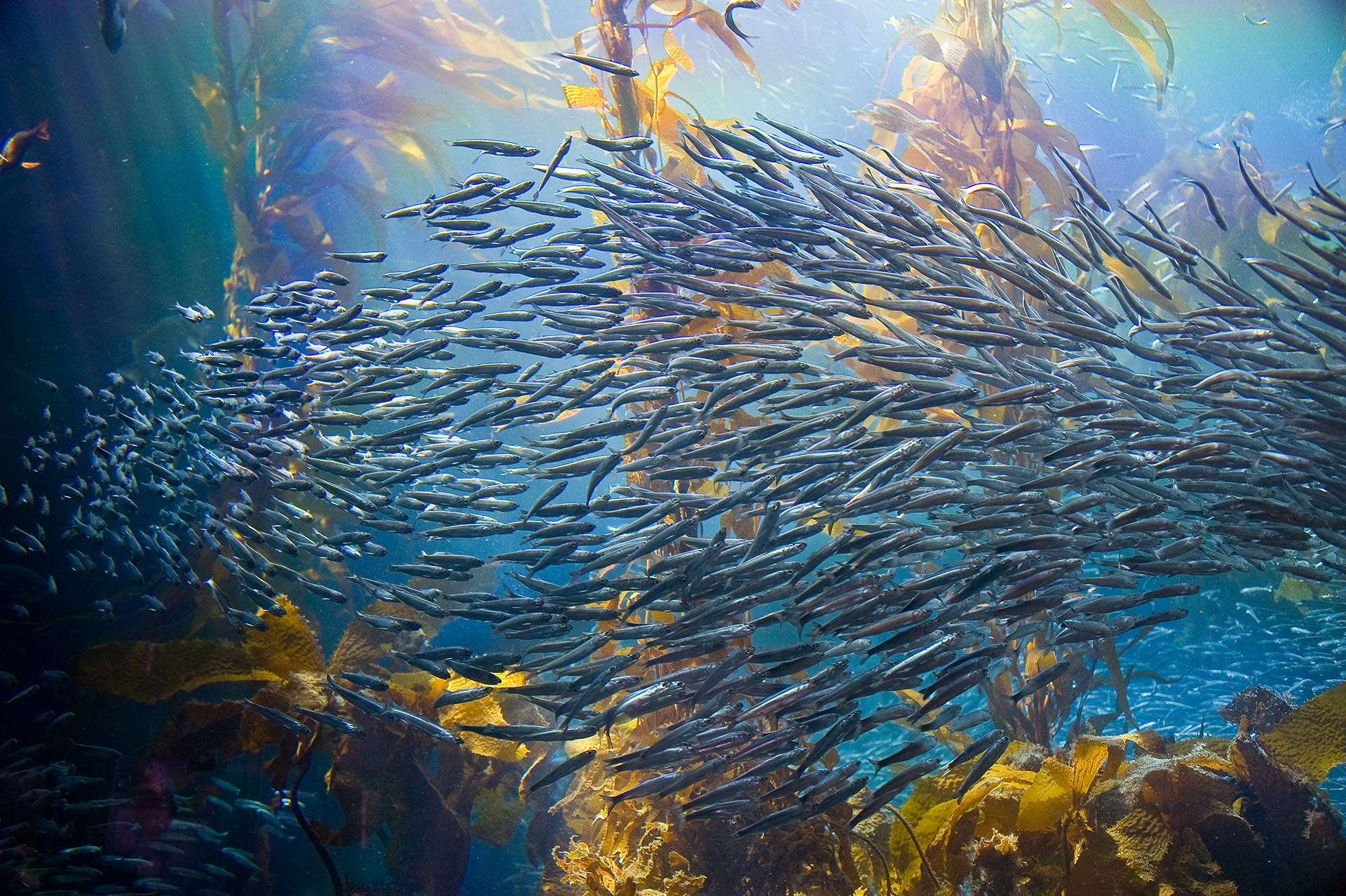 Almost entirely northern coast of the country (near Hokkaido and northern Honshu) is used for breeding kelp. The area of laminar plantations in the coastal waters of the island of Hokkaido is more than 1 700 hectares. Here, kelp is the favorite basis for a wide variety of dishes and delicacies; it is added to soups, meat dishes, served in the form of salads. Every year the Japanese eat several tens of thousands of tons of sea kale. The absence on the Japanese islands of goiter and scrofulous diseases among children, low level of nervous diseases scientists associate with the consumption of this unique alga. It is proved that laminaria contains the whole complex of substances necessary for restoring health after various extreme effects, especially after radiation exposure or poisoning with heavy metals. 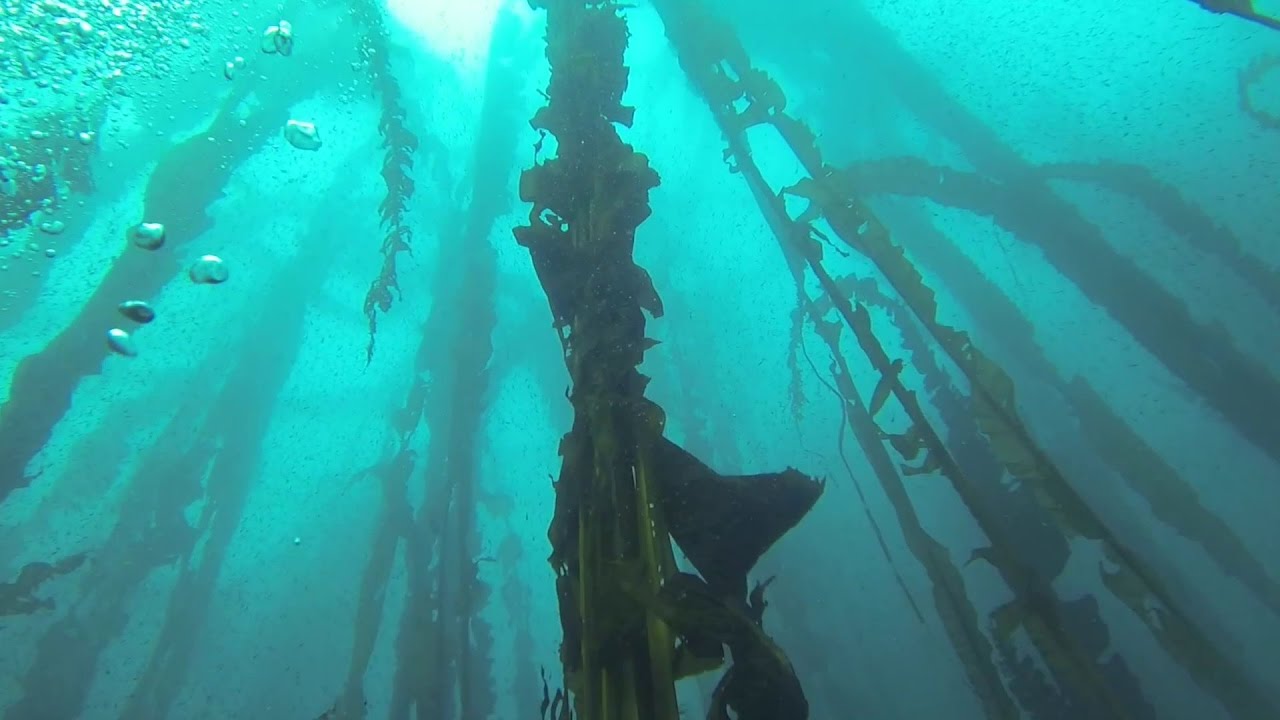 In Russia, mainly two types of kelp are of commercial importance: Saccharina latissima (sugar kelp), growing near the northern shores of Russia and Japanese kelp, growing near the Far Eastern coast. At a depth of 5-9 meters in cold seas, you can find the whole laminaria forests. In the White Sea, algae extraction is made off the coast of the Solovetsky Islands. Here algae grow in an ecologically clean natural environment. Algae have no roots, they get all nutrients from the water, therefore the cleaner the sea, the better the kelp. The White Sea in this respect favorably differs from others: there is no navigation due to a long winter, half a year it is covered with ice, no harmful industries and oil and gas producing enterprises.

Therefore, wild laminaria from the White Sea is highly valued. Algae is obtained only by hand, otherwise the surface of seabed is disturbed, and in such a place, the kelp ceases to grow. There is even the name of the profession of the person who is engaged in this work – Seaweed gatherer. The preparation of kelp begins in June and lasts until September. The main value represents the thallus of a two-year-old kelp, because by this time the maximum amount of nutrients accumulates and it contains less liquid. 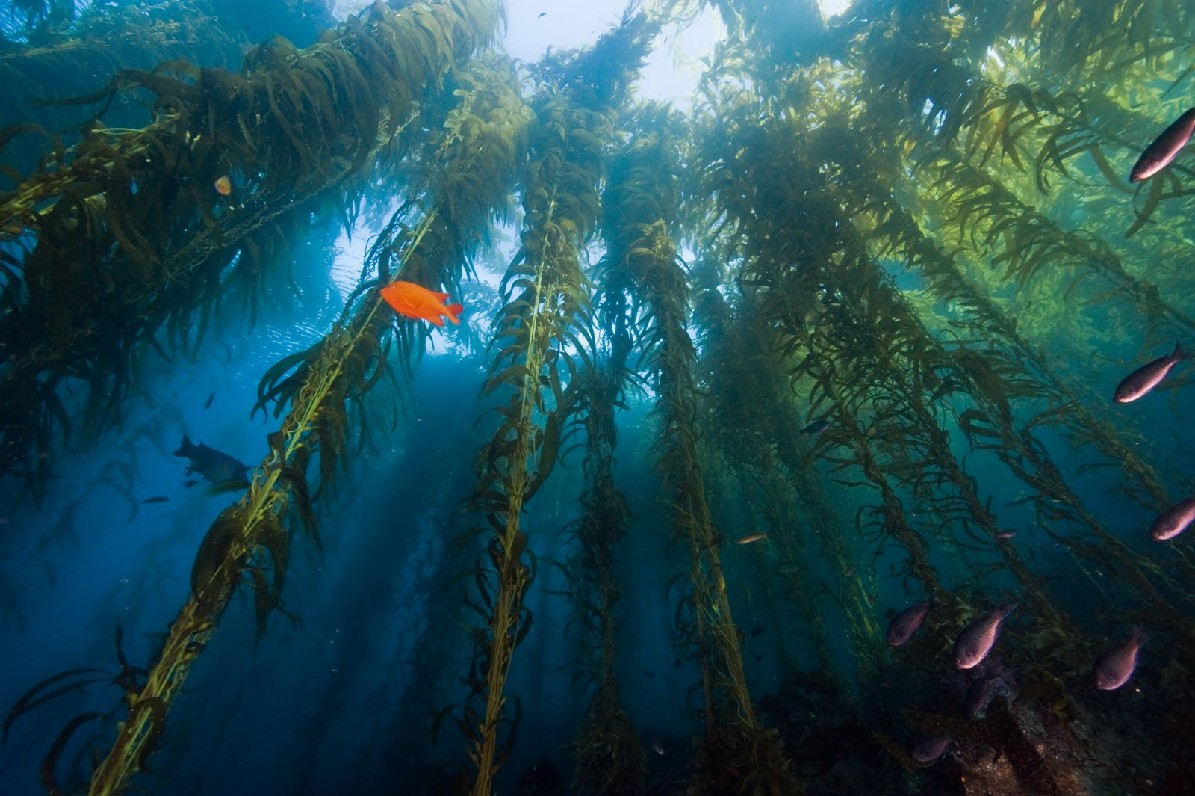 Laminaria has long established itself in the field of cosmetology, as one of the best natural means of preserving youth and beauty. In some sources, this alga is referred to as the “marine analogue of ginseng”. Many world brands such as Vertera and Voya produce cosmetics on its basis, also in beauty salons procedures with laminaria are traditionally in greatest demand. However, the use of this brown alga for cosmetic purposes does not require much effort and can easily be carried out at homе.