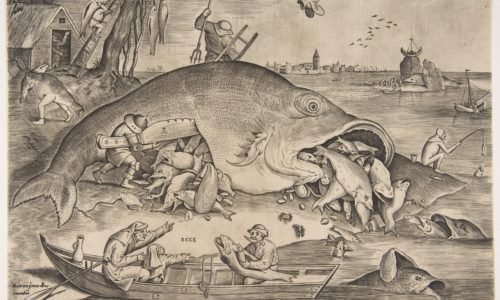 The pre-Christian history of the fish symbol:

The fish symbol has been used for millennia worldwide as a religious symbol associated with the Pagan Great Mother Goddess. It is the outline of her vulva. The fish symbol was often drawn by overlapping two very thin crescent moons. One represented the crescent shortly before the new moon; the other shortly after, when the moon is just visible. The Moon is the heavenly body that has long been associated with the Goddess, just as the sun is a symbol of the God. The link between the Goddess and fish was found in various areas of the ancient world:

“… was so revered throughout the Roman empire that Christian authorities insisted on taking it over, with extensive revision of myths to deny its earlier female-genital meanings…Sometimes the Christ child was portrayed inside the vesica, which was superimposed on Mary’s belly and obviously represented her womb, just as in the ancient symbolism of the Goddess.” Another author writes: “The fish headdress of the priests of Ea [a Sumero-Semitic God] later became the mitre of the Christian bishops.” The symbol itself, the eating of fish on Friday and the association of the symbol with deity were all taken over by the early Church from Pagan sources. Only the sexual component was deleted.

Great Mother Kwan-yin often portrayed in the shape of a fish. 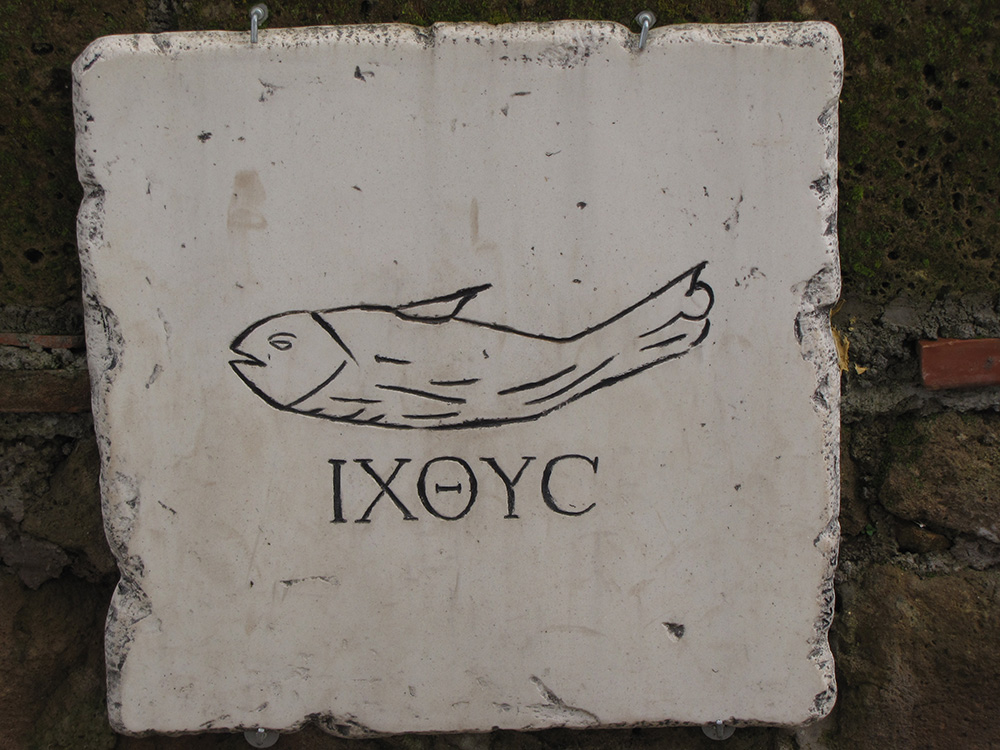 the Goddess Kali was called the “fish-eyed one”

Isis was called the Great Fish of the Abyss

the Greek word “delphos” meant both fish and womb. The word is derived from the location of the ancient Oracle at Delphi who worshipped the original fish goddess, Themis. The later fish Goddess, Aphrodite Salacia, was worshipped by her followers on her sacred day, Friday. They ate fish and engaging in orgies. From her name comes the English word “salacious” which means lustful or obscene. Also from her name comes the name of our fourth month, April. In later centuries, the Christian church adsorbed this tradition by requiring the faithful to eat fish on Friday – a tradition that was only recently abandoned.

Friday is called “dies veneris” or Day of Venus, the Pagan Goddess of Love. Throughout the Mediterranean, mystery religions used fish, wine and bread for their sacramental meal.

the Great Goddess was named Freya; fish were eaten in her honor. The 6th day of the week was named “Friday” after her.

In the Middle East

the Great Goddess of Ephesus was portrayed as a woman with a fish amulet over her genitals.